This project began with a hope to develop a Literary Theory App for undergraduate and graduate students in English. Some of my students identified that while a lot of resources are available on literary theory on the web, there is no single app that they could use to look up theory terms on their phones. I collaborated with three of my former students, all computer science majors, to see as to how we could develop a workable concept and a low and high fidelity prototype for a literary theory app for graduate and undergraduate English majors.

As a team we conducted a broad search for other competing apps on Literary Theory. While we did find some apps on philosophy and history, we did not find a single app that focused primarily on literary theory. This meant that if we could conceptualize and create our app, it could be the only one of its kind!

After conducting interviews with five potential users (all English majors) we created our primary persona, Jenny.

When Jenny studies for her classes, she often looks up literary theory terms online. But it takes a lot of effort sifting through a Google search to find a reliable explanation of the terms. Since Jenny needs a reliable and trustworthy app solution, we incorporated her needs into our design, especially with a focus on her context of use. 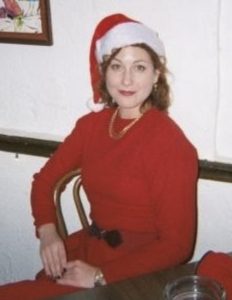 Jenny is a first year Ph.D student taking early graduate courses. Her studies involve a lot of complex reading and she often has to look up technical terms. This process involves searching the concepts online and then finding a reliable explanation. She wants an app that has curated terms, preferably by experts, where she can look up the basic definitions of theory terms along with further reading suggestions and, if possible, some video resources. She is a working graduate student, so she would not like to purchase a subscription but would be willing to pay a one-time affordable fee to use the app. 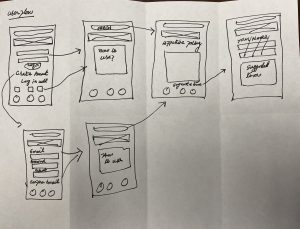 Based on the persona we developed, we understood that our app needed to have a simple interface, especially focused on ease of use, and it needed to have  credible definitions and explanations of terms with additional video resources on each topic. We also understood that Jenny does not have a lot of money, so the app either needed to be free or could involve a small one-time payment.

Keeping these insights in mind, we decided to create an app with a simple interface, a smooth account creation option, and with possibilities of searching the content in different ways. We also ensured to add a link in the app for Jenny and other users to suggest any terms/ concepts not included in the app. With this in mind, we included the following features in the wireframe:

We tested the paper printouts of the wireframe with ten users. The users were pretty satisfied with the main aspects of the design but they also pointed out to some flaws.

Overall, they were excited about the app and felt that it would be a great resource for them and for English majors all over the world.