A Study of Muslim Perceptions of The Satanic Verses 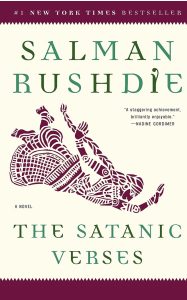 In my forthcoming book, Democratic Criticism: Poetics of Incitement and the Muslim Scared, I suggest Muslims should not be treated as a monolithic cultural group when it comes to their responses to controversial literary texts. I also encourage my western readers to look at Muslim responses to “transgressive’ texts by putting themselves in the Muslim reader’s shoes. For this purpose, I included a discussion of the Muslim responses to Salman Rushdie’s The Satanic Verses in my book. Those familiar with the Rushdie Affair would recall that his book had caused a furor in the Muslim world. In the Western press and academic writing, however, it was openly suggested that if the Muslims read the book like their Western counterparts, they will have no problem at all. I set out to find out the Muslim level of tolerance towards literary texts that include Islam, Muslims, or Islamic tropes as the main part of their narrative.

I decided to first conduct a simple survey and then follow it up with user interviews. The target users for this survey were Muslim readers who could read literature in English. The survey was administered to 100 screened users through Qualtrics.

Most Muslim readers will be fine while reading about the critiques of Muslim political systems, critiques of their contemporary religious leaders, but would be reluctant to read a book that satirizes or otherwise trivializes the Prophet and his household. 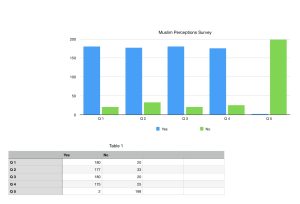 As is obvious from the survey results, while most respondents had no problems with the first four questions, the response to question 5 was highly lopsided, as almost 98 percent of respondents declared that they will NOT read a book that “satirizes the Prophet or members of his household.” This meant that for Muslims readers, the figure of the Prophet and his household was so sacred that they could not even imagine reading a book that satirized him and or his family. Having gathered this preliminary data, I decided to conduct interviews with five Muslim readers.

With a specific idea that most Muslim readers will not be interested in reading something disparaging of the prophet, I decided to get some additional affective and emotional insights from the readers. I wanted conduct interviews because in my book I was pointing out as to how words can hurt and that we in the West need to be aware of the kind of hurt and anguish that certain words can cause. The sample for these interviews was similar to that of the survey: Muslim readers with English reading abilities and an interest in literature.

These were semi structured interviews. In the screening process, I informed the participants that it would involve reading some passages from The Satanic Verses and conversation about them. I chose four kinds of passages from the book:

I conducted these one hour interviews at the place of participants’ choosing where they were absolutely free of any distractions or outside influences. I started with their general impressions of the book, they had not read the book but were aware of the controversy, and then I requested them to read the chosen passages. All of them had no problem reading the passages in the first two categories (some even laughed at the humor in those passages). All of them showed signs of deep distress, sadness, and anger as they read the passages about the early life of the prophet. Not even a single one of them could finish reading the passages about “The Curtain” part of the novel as it represented the wives of the Prophet, in the words of one participant, in “completely derogatory” terms. The participants all showed signs of emotional stress and grief while approaching these passages. In our conversations after the interviews, all of them asked: Why would people in the West want to hurt us like this? It seems that not only the book itself, but its support by the Western governments and media was a hurtful and traumatic experience for all of the participants.

After the survey and user interviews, I was pretty clear about what kind of a book to write. I understood that I had to write a book that balances between the freedom of speech and the Muslim readers’ right to sanctity of the figure of the Prophet. These Interviews completely reshaped my earlier intent and help me incorporate the following in my first draft:

Just like design field, writing is also an iterative process. In this case after I wrote the first draft of the book, Is shared it with some of the interviewees, who all liked the way I had dealt with sensitive issues and only after I had revised the manuscript with their insight, I submitted it to the publishers. I also decided to publish this book with an Open Access publisher, so that the Muslim readers, who had helped in articulating my ideas, could have easy and free access to the book.

The book is now in its final stages of publication and will be available to the public next year! 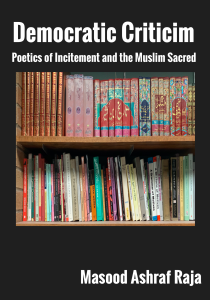